Hypnosis is a form of communication in which conscious methods for initiating and using trance are applied. Trance is a state innate to man, such as consciousness and dream. In the state of trance the access to the unconscious thinking of a person is more easily possible, which enables the conscious use of the knowledge and skills of the unconscious as well as his creativity! Hypnosis and trance states have been used for healing purposes in all cultures for thousands of years. For over 200 years it has also been used in scientific medicine.

In the “classical hypnosis”, suggestions are used, in which it is the therapist’s task to develop a solution for the patient’s problem, which is then suggested to the patient. Solution-oriented hypnosis works within the framework of scientific self-organization theory, which assumes that optimal results are only possible under the following conditions:

The strongest resource of the human being, the abilities of the unconscious, is used to develop own solutions, which are stable in the long run. This applies to the area of personal self-development and self-realization as well as to many areas of medicine, psychosomatics and psychotherapy.

Your way to us 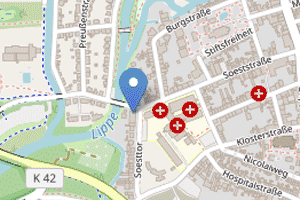